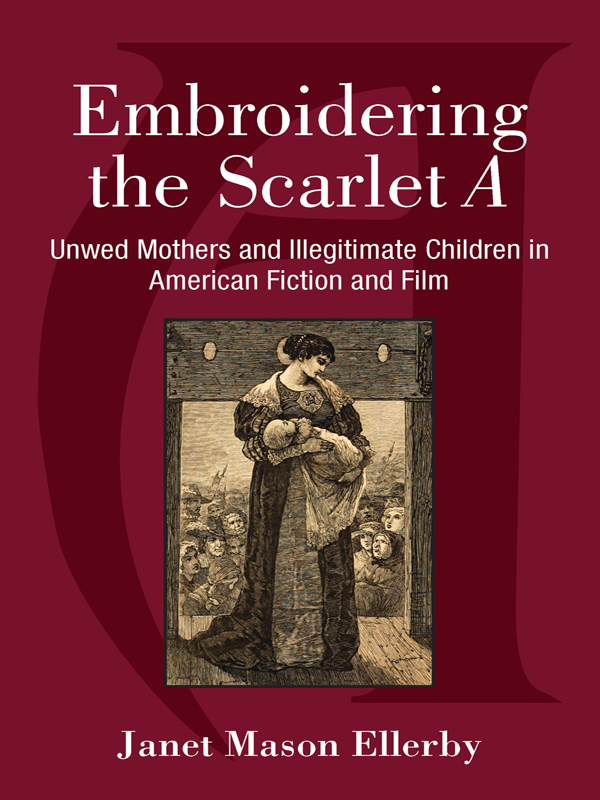 Embroidering the Scarlet A: Unwed Mothers and Illegitimate Children in American Fiction and Film

You do not have access to this book. How to get access.
Embroidering the Scarlet A traces the evolution of the "fallen woman" from the earliest novels to recent representations in fiction and film, including The Scarlet Letter, The Sound and the Fury, The Color Purple, and Love Medicine, and the films Juno and Mother and Child. Interweaving her own experience as a pregnant teen forced to surrender her daughter and pledge secrecy for decades, Ellerby interrogates "out-of-wedlock" motherhood, mapping the ways archetypal scarlet women and their children have been exiled as social pariahs, pardoned as blameless pawns, and transformed into empowered women. Drawing on narrative, feminist, and autobiographical theory, the book examines the ways that the texts have affirmed, subverted, or challenged dominant thinking and the prevailing moral standards as they have shifted over time. Using her own life experience and her uniquely informed perspective, Ellerby assesses the effect these stories have on the lives of real women and children. By inhabiting the space where ideology meets narrative, Ellerby questions the constricting historical, cultural, and social parameters of female sexuality and permissible maternity.

As a feminist cultural critique, a moving autobiographical journey, and an historical investigation that addresses both fiction and film, Embroidering the Scarlet A will appeal to students and scholars of literature, history, sociology, psychology, women's and gender studies, and film studies. The book will also interest general readers, as it relates the experience of surrendering a child to adoption at a time when birthmothers were still exiled, birth records were locked away, and secrecy was still mandatory. It will also appeal to those concerned with adoption or the cultural shifts that have changed our thinking about illegitimacy.