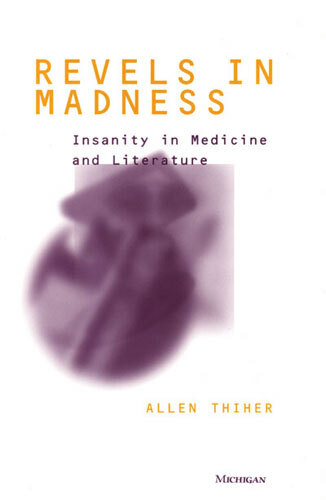 Revels in Madness: Insanity in Medicine and Literature

Allen Thiher 2000
"Fascinating and important . . . a work of prodigious scholarship, covering the entire history of Western thought and treating both literary and medical discourses with subtlety and verve."

"The scope of this book is daunting, ranging from madness in the ancient Greco-Roman world, to Christianized concepts of medieval folly, through the writings of early modern authors such as Shakespeare, Cervantes, and Descartes, and on to German Romantic philosophy, fin de siècle French poetry, and Freud . . . Artaud, Duras, and Plath."

"This provocative and closely argued work will reward many readers."

In Revels in Madness, Allen Thiher surveys a remarkable range of writers as he shows how conceptions of madness in literature have reflected the cultural assumptions of their era. Thiher underscores the transition from classical to modern theories of madness-a transition that began at the end of the Enlightenment and culminates in recent women's writing that challenges the postmodern understanding of madness as a fall from language or as a dysfunction of culture.