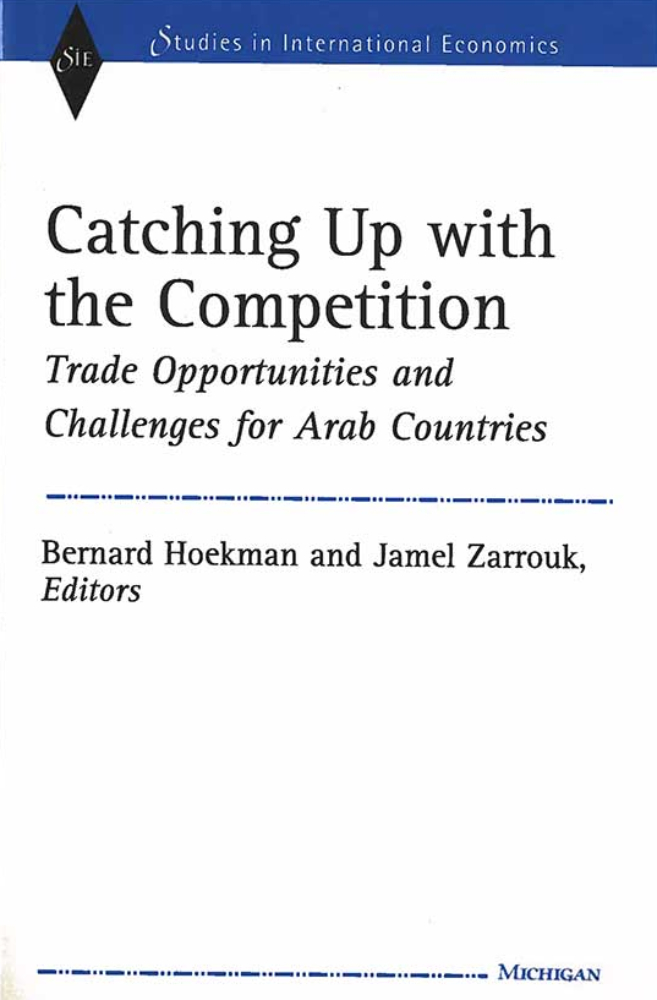 Catching Up with the Competition: Trade Opportunities and Challenges for Arab Countries

You do not have access to this book. How to get access.
At a time when countries in the Middle East and North Africa (MENA) are joining the World Trade Organization, the lack of an economically sound analysis of trade policies in the region is especially notable. This volume remedies the situation by bringing together a distinguished group of applied trade economists to provide a broad view of the state of trade in and among the region's nations. The contributors provide original empirical analyses on key reform issues, and their work reflects deep knowledge of government concerns and policies.

Part 1 sets the scene by comparing the performance of the MENA region with the rest of the world on a large number variables and indicators. Part 2 contains a number of CGE model-based analyses of trade policy reform options. Part 3 focuses on specific policy areas: standards as nontariff barriers and red tape, trade facilitation, an assessment of the impact of protecting intellectual property using partial equilibrium techniques, and a review of the existing Euro-Med agreements. Part 4 discusses how the region could benefit from WTO membership and from changing the existing regional integration schemes into arrangements that help promote a growth enhancing reform agenda.

The volume will be essential reading for economists and policymakers working in and with the MENA nations, as well as officials at the multilateral and regional institutions.