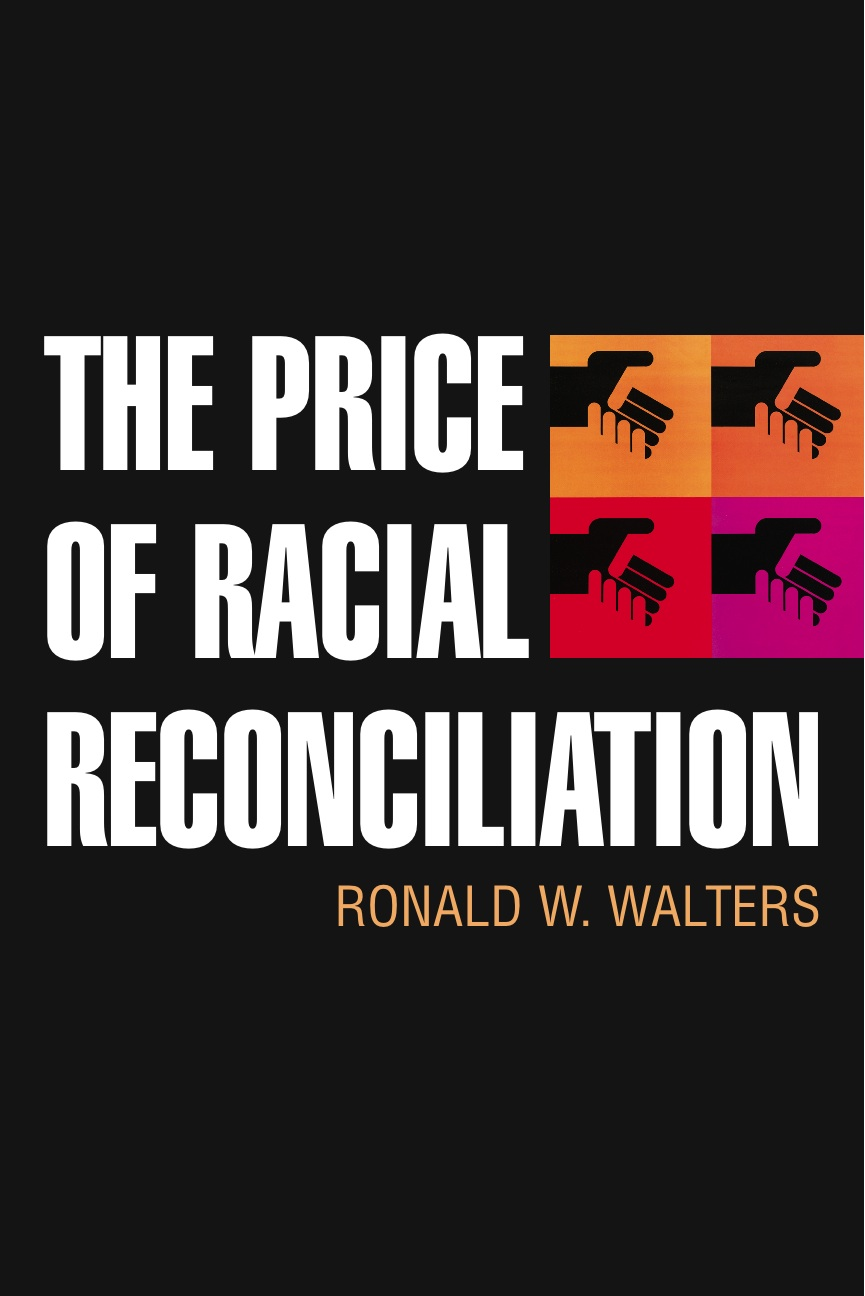 The Price of Racial Reconciliation

You do not have access to this book. How to get access.
"In The Price of Racial Reconciliation, Ronald Walters offers an abundance of riches. This book provides an extraordinarily comprehensive and persuasive set of arguments for reparations, and will be the lens through which meaningful opportunities for reconciliation are viewed in the future. If this book does not lead to the success of the reparations movement, nothing will."

"The Price of Racial Reconciliation is a seminal study of comparative histories and race(ism) in the formation of state structures that prefigure(d) socioeconomic positions of Black peoples in South Africa and the United States. The scholarship is meticulous in brilliantly constructed analysis of the politics of memory, reparations as an immutable principle of justice, imperative for nonracial(ist) democracy, and a regime of racial reconciliation."

"A fascinating and pathbreaking analysis of the attempt at racial reconciliation in South Africa which asks if that model is relevant to the contemporary American racial dilemma. An engaging multidisciplinary approach relevant to philosophy, sociology, history, and political science."

The issue of reparations in America provokes a lot of interest, but the public debate usually occurs at the level of historical accounting: "Who owes what for slavery?" This book attempts to get past that question to address racial restitution within the framework of larger societal interests. For example, the answer to the "why reparations?" question is more than the moral of payment for an injustice done in the past. Ronald Walters suggests that, insofar as the impact of slavery is still very much with us today and has been reinforced by forms of postslavery oppression, the objective of racial harmony will be disrupted unless it is recognized with the solemnity and amelioration it deserves. The author concludes that the grand narrative of black oppression in the United States—which contains the past and present summary of the black experience—prevents racial reconciliation as long as some substantial form of racial restitution is not seriously considered. This is "the price" of reconciliation.

The method for achieving this finding is grounded in comparative politics, where the analyses of institutions and political behaviors are standard approaches. The author presents the conceptual difficulties involved in the project of racial reconciliation by comparing South African Truth and Reconciliation and the demand for reparations in the United States.