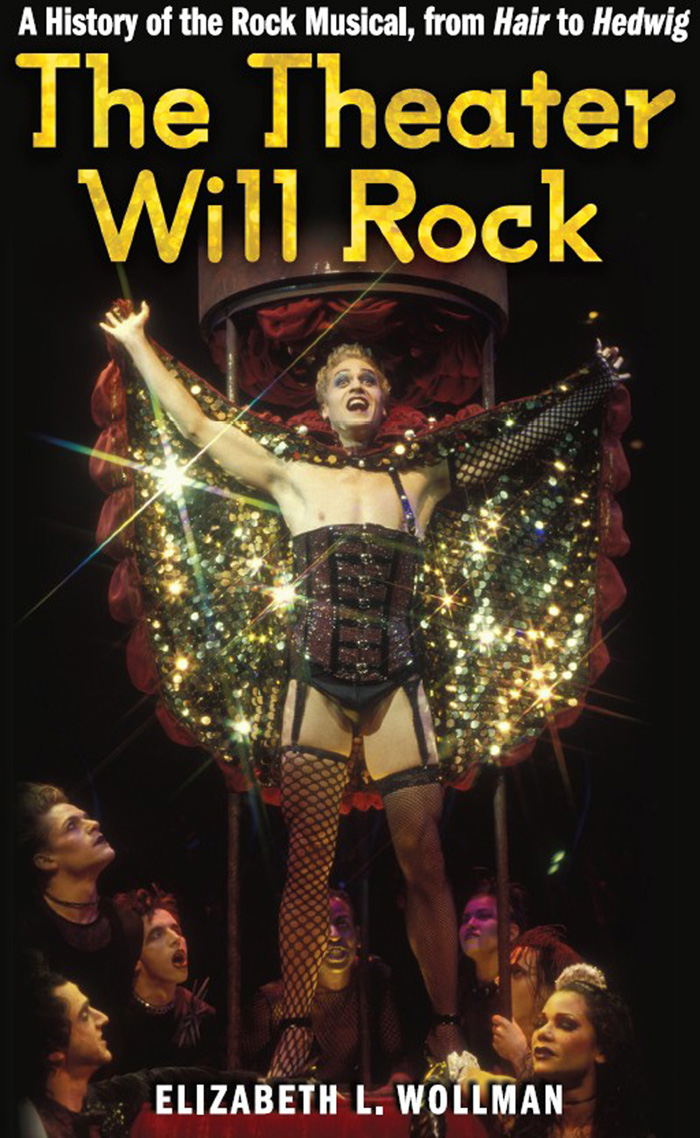 The Theater Will Rock: A History of the Rock Musical, from Hair to Hedwig

You do not have access to this book. How to get access.
"A much-needed study of the impact of rock music on the musical theater and its resulting challenges, complexities, failures, and successes. Anyone interested in Broadway will learn a great deal from this book."

---William Everett, author of The Musical: A Research Guide to Musical Theatre

"As Wollman weaves her historical narrative, she compellingly returns to . . . the conflict between the aesthetics and ideologies of rock music and the disciplined and commercial practices of the musical stage."

"This well-written account puts the highs and lows of producing staged rock musicals in New York City into perspective and is well worth reading for the depth of insight it provides."

The tumultuous decade of the 1960s in America gave birth to many new ideas and forms of expression, among them the rock musical. An unlikely offspring of the performing arts, the rock musical appeared when two highly distinctive and American art forms joined onstage in New York City. The Theater Will Rock explores the history of the rock musical, which has since evolved to become one of the most important cultural influences on American musical theater, and a major cultural export.

Despite the genre's influence and fame, there are still some critics who claim that the term "rock musical" is an oxymoron. The relationship between rock and the musical theater has been stormy from the start, and even the comparatively recent success of Rent has done little to convince theater producers that rock musicals are anything but highly risky ventures. Elizabeth L. Wollman explores the reasons behind these problematic connections and looks at the socioeconomic forces that underlie aesthetic decisions. She weighs the influence on the rock musical by mass media, sound, and recording technology, and the economic pressures that have affected New York theater in general over the past three decades. Finally, Wollman offers a meditation on the state of the musical, its relation to rock, and, ultimately, its future.

Packed with candid commentary by members of New York's vibrant theater community, The Theater Will Rock traces the rock musical's evolution over nearly fifty years, in popular productions such as Hair, The Who's Tommy, Jesus Christ Superstar, The Rocky Horror Picture Show, Little Shop of Horrors, Rent, and Mamma Mia!—and in notable flops such as The Capeman.

Elizabeth L. Wollman is Assistant Professor of Music at Baruch College of the City University of New York.