The Return of Ideology: The Search for Regime Identities in Postcommunist Russia and China

You don't have access to this book. Please try to log in with your institution. Log in
Read Book Buy Book
As a nation makes the transition from communism to democracy or another form of authoritarianism, its regime must construct not only new political institutions, but also a new political ideology that can guide policy and provide a sense of mission. The new ideology is crucial for legitimacy at home and abroad, as well as the regime's long-term viability. In The Return of Ideology, Cheng Chen compares post-communist regimes, with a focus on Russia under Putin and post-Deng China, investigating the factors that affect the success of an ideology-building project and identifies the implications for international affairs.

Successful ideology-building requires two necessary—but not sufficient—conditions. The regime must establish a coherent ideological repertoire that takes into account the nation's ideological heritage and fresh surges of nationalism. Also, the regime must attract and maintain a strong commitment to the emerging ideology among the political elite.

Drawing on rich primary sources, including interviews, surveys, political speeches, writings of political leaders, and a variety of publications, Chen identifies the major obstacles to ideology-building in modern Russia and China and assesses their respective long-term prospects. Whereas creating a new regime ideology has been a protracted and difficult process in China, it has been even more so in Russia. The ability to forge an ideology is not merely a domestic concern for these two nations, but a matter of international import as these two great powers move to assert and extend their influence in the world. 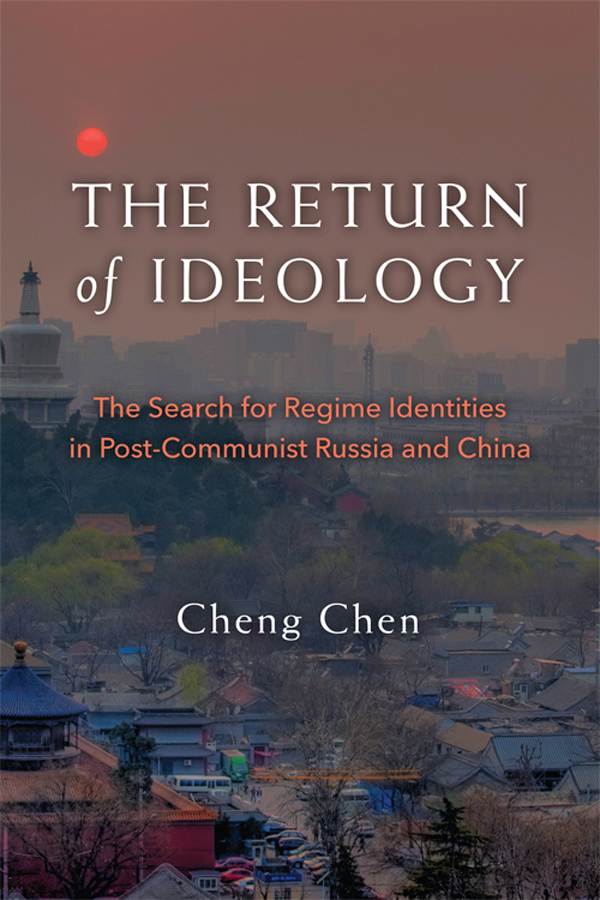