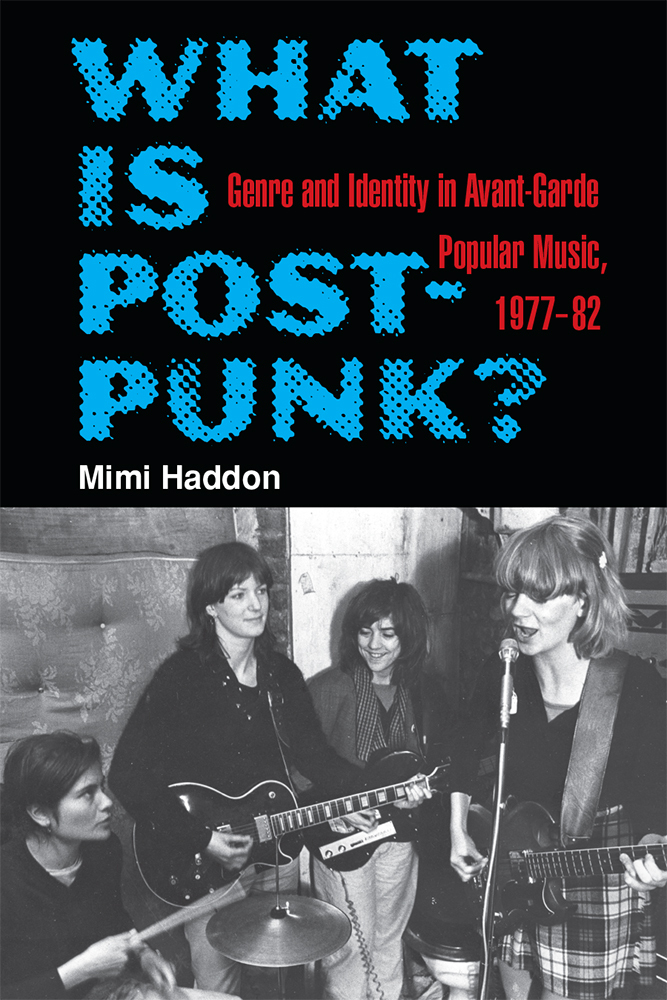 What Is Post-Punk?: Genre and Identity in Avant-Garde Popular Music, 1977-82

Mimi Haddon 2020
Popular music in the US and UK during the late 1970s and early 1980s was wildly eclectic and experimental. "Post-punk," as it was retroactively labeled, could include electro-pop melodies, distorted guitars, avant-garde industrial sounds, and reggae beats, and thus is not an easily definable musical category.

What Is Post-Punk? combines a close reading of the late-1970s music press discourse with musical analyses and theories of identity to unpack post-punk's status as a genre. Mimi Haddon traces the discursive foundations of post-punk across publications such as Sounds, ZigZag, Melody Maker, the Village Voice, and the NME, and presents case studies of bands including Wire, PiL, Joy Division, the Raincoats, and Pere Ubu. By positioning post-punk in relation to genres such as punk, new wave, dub, and disco, Haddon explores the boundaries of post-punk, and reveals it as a community of tastes and predilections rather than a stylistically unified whole. Haddon diversifies the discourse around post-punk, exploring both its gender and racial dynamics and its proto-industrial aesthetics to restore the historical complexity surrounding the genre's terms and origins. 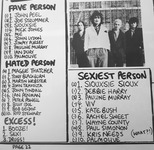 In A Lonely Place

Example 2. The melodic hook in Joy Division/New Order’s “In a Lonely Place”

I Want Your Love

Example 3. The bass line in “I Want Your Love” by Chic

Example 4. The bass line in “Death Disco” by PiL

Example 6. The drums, percussion, electric guitar, and bass part to the 1977 John Peel version of the Slits’ song “Newtown” with Palmolive on drums, mm. 5–13

Example 7. The drum and bass parts to the beginning of the album version of the Slits’ song “Newtown” with Budgie on drums, mm. 1–5

Example 8. The vocal part accompanied by two tenor saxophones for the chorus section of “Brute Fury” by Lora Logic

Example 13. The chromatic bass line and return to 4/4 in “Adventures Close to Home” by the Raincoats

Figure 2. The front cover of ZigZag magazine previewing the upcoming two-part cartoon about the Runaways. December 1977. Cartoon by Tony Ghura.