You don't have access to this book. Please try to log in with your institution. Log in
Read Book Buy Book
When the U.S. Supreme Court announces a decision, reporters simplify and dramatize the complex legal issues by highlighting dissenting opinions and thus emphasizing conflict among the justices themselves. This often sensationalistic coverage fosters public controversy over specific rulings despite polls which show that Americans strongly believe in the Court's legitimacy as an institution. In_ The Limits of _Legitimacy, Michael A. Zilis illuminates this link between case law and public opinion. Drawing on a diverse array of sources and methods, he employs case studies of eminent domain decisions, analysis of media reporting, an experiment to test how volunteers respond to media messages, and finally the natural experiment of the controversy over the Affordable Care Act, popularly known as Obamacare.

Zilis finds that the media tends not to quote from majority opinions. However, the greater the division over a particular ruling among the justices themselves, the greater the likelihood that the media will criticize that ruling, characterize it as "activist," and employ inflammatory rhetoric. Hethen demonstrates that the media's portrayal of a decision, as much as the substance of the decision itself, influences citizens' reactions to and acceptance of it.

This meticulously constructed study and its persuasively argued conclusion advance the understanding of the media, judicial politics, political institutions, and political behavior. 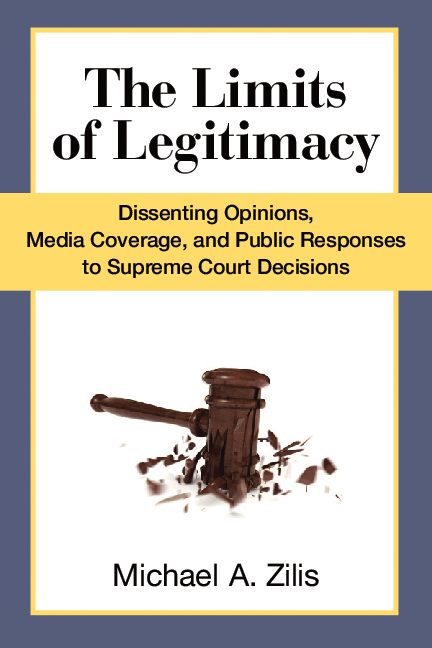