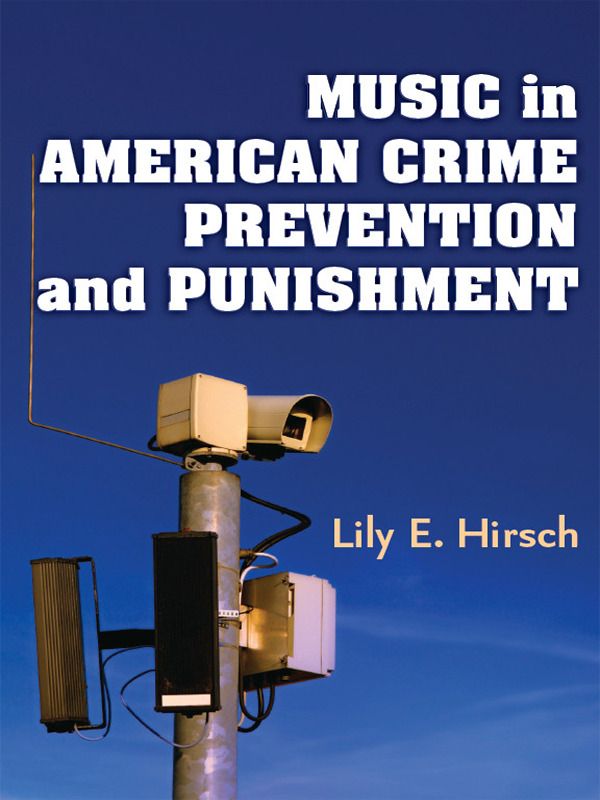 Lily E. Hirsch 2012
Although the use of music for extramusical purposes has been a part of American culture for some time, the phenomenon remained largely unknown to the general public until revelations became widespread of startling military practices during the second Iraq War. In Music in American Crime Prevention and Punishment, Lily E. Hirsch explores the related terrain at the intersection of music and law, demonstrating the ways in which music has become a tool of law enforcement and justice through: police and community leaders' use of classical music in crime deterrence and punishment; the use of rap lyrics as prosecutorial evidence; allegations of music as incitement to violence; and the role of music in U.S. prisons and in detention centers in Guantanamo, Iraq, and Afghanistan.