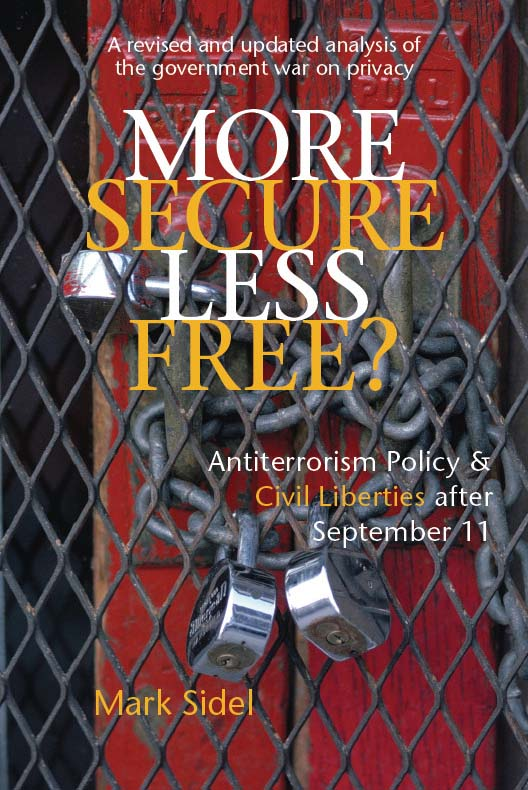 You do not have access to this book. How to get access.
The first comprehensive analysis of the full range of antiterror initiatives undertaken in the United States after the 2001 terrorist attacks

It's also the first book of its kind to go beyond federal measures to explain the devolution of antiterror policies to the states, and now to the military as well. Author Mark Sidel discusses the continuing debates on antiterror law at the state level, with a focus on the important states of New York, California, and Michigan, and explains how the military-through an informant program known as "Eagle Eyes"-is now taking a direct hand in domestic antiterror efforts.

More Secure, Less Free? is important and essential reading for anyone interested in an analytical perspective on American antiterror policy since September 11 that goes well beyond the Patriot Act.