You don't have access to this book. Please try to log in with your institution. Log in
Read Book Buy Book
Between 1967 and 2000, film production in Germany underwent a number of significant transformations, including the birth and death of New German Cinema as well as the emergence of a new transnational cinematic practice. In Projecting History, Nora M. Alter explores the relationship between German cinematic practice and the student protests in both East and West Germany against the backdrop of the U.S. war in Vietnam in the sixties, the outbreak of terrorism in West Germany in the seventies, West Germany's rise as a significant global power in the eighties, and German reunification in the nineties.

Although a central tendency of New German Cinema in the 1970s was to reduce the nation's history to the product of individuals, the films addressed in Projecting History focus not on individual protagonists, but on complex socioeconomic structures. The films, by Rainer Werner Fassbinder, Harun Farocki, Alexander Kluge, Ulrike Ottinger, Wim Wenders and others, address basic problems of German history, including its overall "peculiarity" within the European context, and, in particular, the specific ways in which the National Socialist legacy continues to haunt Germans.

Nora M. Alter is Associate Professor of German, Film and Media Studies, and Women and Gender Studies at the University of Florida. A specialist in twentieth-century film, comparative literature, and cultural studies, Alter has been the recipient of a National Endowment for the Humanities Fellowship and a Howard Foundation Fellowship. She is also the author of Vietnam Protest Theatre: The Television War on Stage. 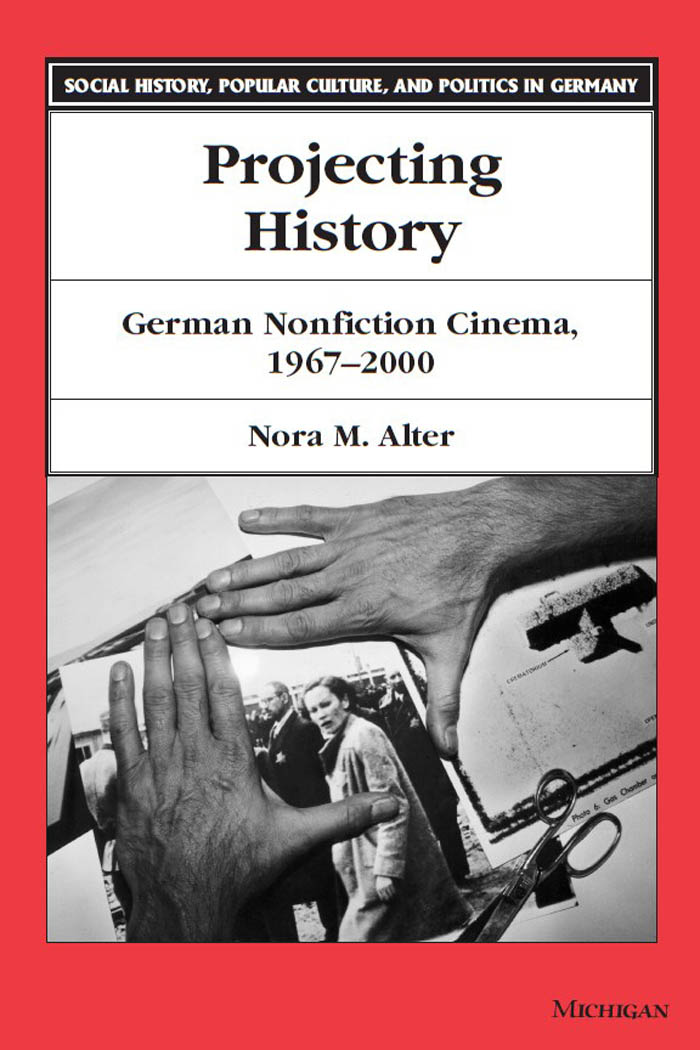