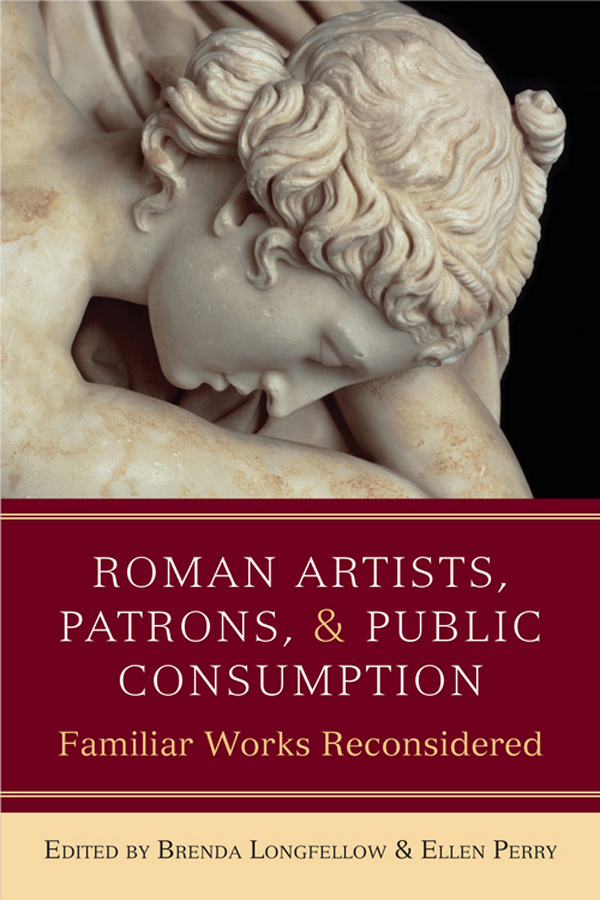 You do not have access to this book. How to get access.
In recent decades, the study of Roman art has shifted focus dramatically from issues of connoisseurship, typology, and chronology to analyses of objects within their contemporary contexts and local environments. Scholars challenge the notion, formerly taken for granted, that extant historical texts—the writings of Vitruvius, for example—can directly inform the study of architectural remains. Roman-era statues, paintings, and mosaics are no longer dismissed as perfunctory replicas of lost Greek or  Hellenistic originals; they are worthy of study in their own right. Further, the scope of what constitutes Roman art has expanded to include the vast spectrum of objects used in civic, religious, funerary, and domestic contexts and from communities across the Roman Empire.

The work gathered in _Roman Artists, Patrons, and Public Consumption _displays the breadth and depth of scholarship in the field made possible by these fundamental changes. The first five essays approach individual objects and artistic tropes, as well as their cultural contexts and functions, from fresh and dynamic angles. The latter essays focus on case studies in Pompeii, demonstrating how close visual analysis firmly rooted in local and temporal contexts not only strengthens understanding of ancient interactions with monuments but also sparks a reconsideration of long-held assumptions reinforced by earlier scholarship.