The Celebration of Death in Contemporary Culture

You don't have access to this book. Please try to log in with your institution. Log in
Read Book Buy Book
The Celebration of Death in Contemporary Culture investigates the emergence and meaning of the cult of death. Over the last three decades, Halloween has grown to rival Christmas in its popularity. Dark tourism has emerged as a rapidly expanding industry. "Corpse chic" and "skull style" have entered mainstream fashion, while elements of gothic, horror, torture porn, and slasher movies have streamed into more conventional genres. Monsters have become pop culture heroes: vampires, zombies, and serial killers now appeal broadly to audiences of all ages. This book breaks new ground by viewing these phenomena as aspects of a single movement and documenting its development in contemporary Western culture.

This book links the mounting demand for images of violent death with dramatic changes in death-related social rituals. It offers a conceptual framework that connects observations of fictional worlds—including The Twilight Saga, The Vampire Diaries, and the Harry Potter series—with real-world sociocultural practices, analyzing the aesthetic, intellectual, and historical underpinnings of the cult of death. It also places the celebration of death in the context of a longstanding critique of humanism and investigates the role played by 20th-century French theory, posthumanism, transhumanism, and the animal rights movement in shaping the current antihumanist atmosphere.

This timely, thought-provoking book will appeal to scholars of culture, film, literature, anthropology, and American and Russian studies, as well as general readers seeking to understand a defining phenomenon of our age. 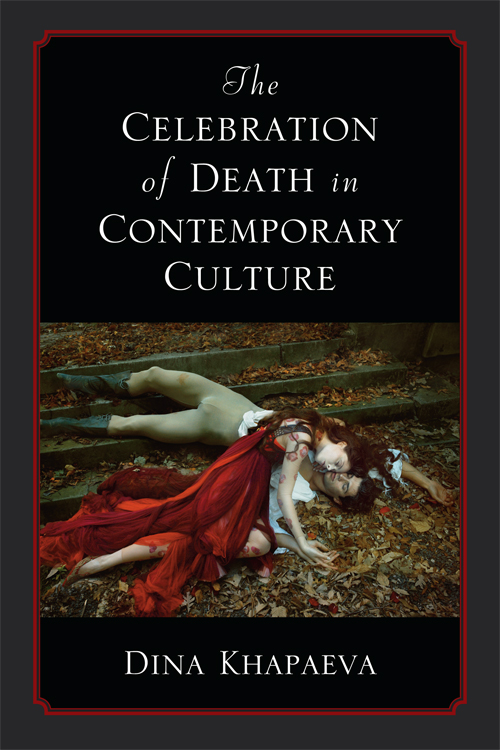